Speakers of the International Congress 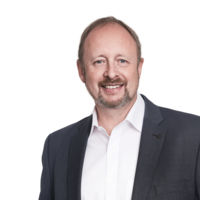 Since it’s foundation in 2010 Peter Jürgens is director of the REDcert GmbH which has been designated by German’s leading branch organisations in the agricultural and biofuel sector as a coordinator of the REDcert certification schemes for sustainable biomass used in different pathways of biofuels/bioliquids, food/feed and material use in the chemical sector.

He is also director of three other companies which provide certification schemes and services in the field of food labelling, seed treatment and sustainability of solid biomass.

He studied agricultural science in Bonn and has a long experience with the development and operation of certification schemes in agribusiness and food sector. He’s also lead-auditor in the field of quality-, environmental- and food-safety management and engaged as an instructor and inspector for the German Society for Quality (DGQ e.V.). 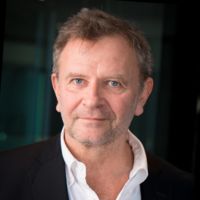 Jean-Louis Kindler is CEO of Ways2H, a leading commercial provider of waste-to-hydrogen solutions for mobility and grid applications. He is also Co-Founder and CEO of cleantech management company Clean Energy Enterprises, and previously was president of water treatment solution provider OriginClear Inc.’s Technology Division. He has a Master’s in Economics and Public Policy from the Institut d'Etudes Politiques in Lyon, France, and an MBA from the Institut Supérieur de Gestion in Paris. 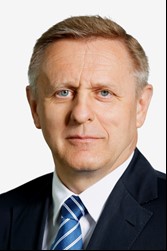 Siegfried Knecht (61), VP Director R&T Affairs in the Airbus Public Affairs Germany Department, has over 10 years of experience in the aerospace industry and over 20 years of political lobbying expertise.

After graduating from the Technical University Aachen with a diploma degree in Computer Science he began his career in 1987 at the Research Center Jülich where he was appointed Assistant Director in 1991. From 1994 to 1997 he was with the Federal Ministry of Education and Research in Bonn, finally as PA to the Parliamentary State Secretary.

In 1998 Siegfried joined the German Association of Research-based Pharma­ceutical Companies as Head of its Berlin office and became Head of Inter­national and Regional Affairs in 2000. He stayed in this position until 2006 when he changed to EADS (today Airbus) as Senior Manager Political Affairs.

In September 2013 he was appointed as VP Head of Political and External Affairs for Airbus (commercial airplanes) in Germany. He held responsibility for all political matters related to Germany with a particular focus on German and foreign government officials, parliamentarians, business associations and think tanks.

In January 2016 Siegfried joined the Airbus Group Corporate Technical Office, with direct links to the COO and the Head of R&T Support, where he provided support and advice on German R&T funding and policy as well as on general political issues.

In June 2011 Siegfried accepted the honorary appointment as Chairman of the Board of aireg, the Aviation Initiative for Renewable Energy in Germany.

This website uses cookies. Some of them are essential, while others help us to improve this website and your user experience. By clicking on "Allow all cookies", you agree to the storing of all cookies on this device. With "Allow selection", you have the option of accepting individual cookie categories. "Information" will give you further information on the cookie settings.